A Full and Final Release Means What it Says 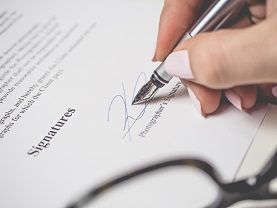 One of the biggest problem areas I have encountered while assisting clients with claims against the government or against a prime contract is the execution of release as part of a contract modification.  In nearly all cases, modifications include language that releases each party from any claims “arising from or related” to the modification.

It is not unusual for a modification, particularly in construction cases, to be limited to additional costs or additional time, but not both.  If only one of these items is addressed in the release, the other is waived with a specific reservation of rights.  In addition, a broad release could serve as a bar for making claims for any other matters that were known at the time of the release.

In the Supply and Service appeal, the contractor was required to provide individuals for role playing in battlefield exercises.   A dispute developed under Task Order 2 (“TO2”) over the cost of labor which was resolved by a change order increasing the contract price.  The modification included the following language:

Contractor, by signing this modification you confirm that the contract is complete and the change to the contract amount as seen above constitutes the entire contract price for this order.  Additionally, there are no further requests for equitable adjustments or claims to be submitted under this contract.

This modification finalizes all actions under this contract.

Sometime after the modification was issued, Army Audit Agency started an audit of TO2.   The Contracting Officer subsequently issued a contracting officer’s final decision demanding the repayment of 688,531 euros for alleged failure to provide sufficient supporting documents for the costs.

The contractor appealed the final decision to the ASBCA which found the release discussed above was a final release that applied equally to both parties despite the fact that it did not specifically mention the Agency.

In denying the Agency’s claim, the court found that the release applied equally to both parties to the contract and that the Army had agreed that all actions under TO2 were final; the Agency “…waived its rights to make future challenges upon the money paid…” to the contractor.

In the Servido appeal, the CBCA applied the same rule to prevent a contractor from making a claim against the Agency.  The settlement agreement in that case stated that it was a “…complete and final settlement of all present and pending requests for equitable adjustment…”  In denying the appeal, the CBCA stated:

[A] party cannot accept and retain such substantial monetary and other benefits of an agreement and at the same time maintain that the agreement has no force and effect.  Having accepted the benefits of the settlement agreement, is equitably estopped from challenging it.

Both cases involve the same basic principle. When you sign a contract modification, you need to be one hundred percent sure there are no other issues that may arise at a later time or you must reserve your right to submit a future claim for time or money.