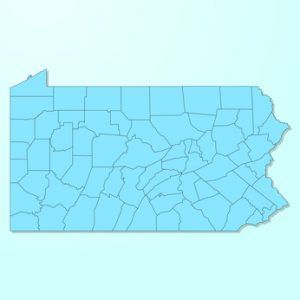 Same sex marriage is a bit confusing in states like Pennsylvania, where the unions are expressed through a Commonwealth marriage. This is a different system than a legal marriage between a man and a woman, and that can sometimes complicate things when the couple wants the benefits that come along with a standard legal marriage. One of the major issues is that there is no marriage certificate in a common marriage, which can make things like claiming the assets of a deceased spouse more difficult. That’s exactly what Kathryn Ward found out when her spouse died from an illness.

She was having difficulty claiming the benefits that any other spouse married by a legal license would be entitled to, including Spouse Elaine’s Veteran benefits. The issue had to be taken to court to be decided upon, and it was a time-consuming process.

Ward’s attorneys put together a total of 150 pages of records showing very clearly that the two individuals have been in a dedicated relationship for more than a decade. Not only were the two  together, but they put together their assets, signed together on legal documents and went through many important life steps with one another. They did everything that you would come to expect from two people in a Common marriage.

Kathryn Ward’s case was presented to the judge, and she came out victorious. After looking over all her supporting documentation, the judge decided that marriage is not just a piece of paper, and that it’s actually a dedication or commitment to one another. The decision helped Ward obtain the benefits that she’s entitled to, and it should help future LGBT couples in the future as well. Upon victory, Ward was immediately issued an order that granted her all the rights that are legally available to a man and woman that are married to one another. She should be able to collect benefits, acquire property and do everything else that a legally married spouse is allowed to.

Cases like this usually seem hopeless, because there isn’t enough legal support for them, but the judge made it clear that LGBT couples are moving toward a future with more rights, at least in Pennsylvania. Future cases of the same nature are likely to be affected by the legal decision made in this case, making it a significant ruling and something that people will be talking about for years to come.