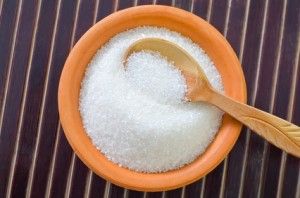 Just recently Quest Nutrition LLC sued Louisiana State University in court over the rights to a sweetener the university had developed. A case like this highlights the need to have working agreements that lead to patenting written very clearly and then be legally documented. Any ambiguity in the terms of the working agreement has the potential to cost one of the parties an enormous sum of money if they end up having no rights to the patented product. Let’s take a look at what conspired that made Quest Nutrition file the suit.

Apparently Quest Nutrition had contacted LSU and initiated working together on an idea that the company had for the invention of a new type of sweetener, which LSU subsequently worked on and eventually was able to develop. LSU then applied for the patent on the sweetener and that is when Quest Nutrition tried to claim they were the proper owners of the product and it should be their right to have the patent.

Quest Nutrition argued on the grounds that LSU had breached a non-disclosure and confidentiality agreement between the two parties and additionally sued for breach of contract as well. LSU sought to have the case dismissed on the basis that it was a state court matter and the judge agreed. LSU is still continuing their pursuit of the patent.

All is not lost for Quest Nutrition because they seem to have a legitimate case in the matter, but the road becomes more difficult after its case was dismissed in Federal Court. They must now take the matter up in state court and that is never an easy task, especially against a state run institution such as Louisiana State University. I am not saying their case cannot be won, but it needs to be meticulously planned and backed up with hard evidence and proof. All this could have been avoided with better legal documentation about the initial meetings and agreements between the two parties in regards to confidentiality and patenting rights.

Let this be an example of the importance of clear cut legal documents being prepared by experienced intellectual property lawyers when it comes to working agreements that are made between two parties that can lead to the development of products that can be patented. It is in both parties interest to have the products final status and patenting rights clearly stated and written in legally binding language to avoid situations like the very one shown here.