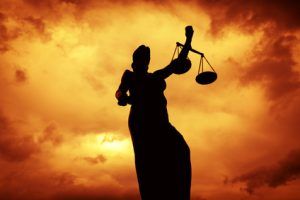 Legal professionals throughout New York, as well as other states, have all come together to speak with one another on ways that they can make their civil law services more affordable. The number of people that have to represent themselves in civil law cases is astonishing, because they’re unable to cover the costs of having legal counsel to back them up when they go into court. This is then how they fail to win many of their cases, which may also be good ones, because they’re unfamiliar with the laws and are unsure of whether or not they’re in the right or wrong when they go into court.

Having access to this justice system should not be so far out there that you feel like you’re alone and have no one to cover you, it should be a part of the community. For thousands of people that have no means to pay an attorney, this means that they have nowhere else to turn when they’re in need of one in civil court cases. This can mean drastic results on their behalf.

In both foreclosure and tenant-landlord civil cases within the past year, almost all of them had no representation against the companies bringing lawsuits against them, leaving them to fend for themselves within the courtroom. In New York alone, 1.8 million people came to a courtroom without any representation at all. This is a big number for just one state that should be able to find affordable legal system within their area.

These people are fighting for the necessities of life, and have no means to hire someone that can help them do so, essentially making it so that they lose their cases. They lose their homes, their possessions and even their hard earned income, because they’re being brought to court over certain things that they have no representation on.

Many of these people leave defeated, sad and unsure of what their future is going to hold, which makes the state look bad because they have so many people now without housing, money or the basic needs that they need to keep moving forward.

The conference covered many different areas, including housing and jobs and other ways that they could help the community, but representation in these civil law cases was one of the biggest priorities on the agenda for the get together.