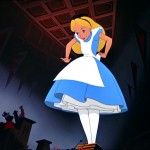 Don’t look now, but it appears the post-Alice USPTO guidance regarding patent eligibility has kicked in.

The following is a form paragraph recently used by an Examiner at the USPTO in a rejection of certain process claims:

“Claims 1-49 are rejected under 35 U.S.C. 101 because the claimed invention is directed to non statutory subject matter. In the instant invention, the claims are directed towards the concept of tracking the status of a job application submission package. Tracking the status of a job application submission package is considered a method of organizing human activities, therefore the claims are drawn to an abstract idea. The claims do not recite limitations that are ‘significantly more’ than the abstract idea because the claims do not recite an improvement to another technology or technical field, an improvement to the functioning of the computer itself, or meaningful limitations beyond generally linking the use of an abstract idea to a particular technological environment. It should be noted the limitations of the current claims are performed by the generically recited processor. The limitations are merely instructions to implement the abstract idea on a computer and require no more than a generic computer to perform generic computer functions that are well-understood, routine and conventional activities previously known to the industry. Therefore, claims 1-49 are directed to non-statutory subject matter.”

What this Examiner has done is apply the framework from Mayo as I described in an earlier blog:

Step 1) Determine if a claim is to eligible subject matter.

Step 2) Determine if the claim is barred by a judicially-created exception, wherein a two part analysis applies to the abstract idea exception:

Part I) Determine whether the claim is directed to an abstract idea.

Part II) Determine whether the identified abstract idea has been applied in an eligible manner.