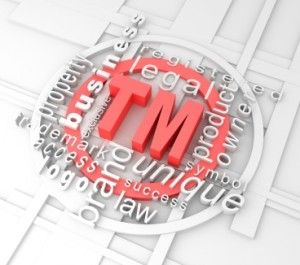 As a native New Englander, I have been known to say the phrase “wicked awesome” repeatedly when describing an enjoyable moment. This phrase is quite commonly used by New Englanders so it is not very original.  However, if I was a professional athlete I may wish to trademark this catchphrase.  As a famous athlete, this catchphrase could hold power – power in the form of dollar signs.

The race for celebrities to cash in on catchphrases is the latest trend.  What is a catchphrase?  According to the Merriam-Webster dictionary, a catchphrase is “a word or expression that is used repeatedly and conveniently to represent or characterize a person, group, idea, or point of view”.  Within the last few years, we have seen celebrities benefit from cashing in on catchphrases.  To name a few, Paris Hilton trademarked “That’s Hot”, Chef Emeril coined “Bam!”, and Donald Trump trademarked “You’re fired”.  Now Bryce Harper, a professional baseball player for the Washington Nationals, has joined them in catchphrase ownership.  In July he famously quoted to a reporter, “That’s a clown question, bro.”  The next day he trademarked the slogan.

Why would anyone wish to trademark a catchphrase?

How to Trademark a Catchphrase

You don’t have to be a celebrity to trademark a catchphrase, although I am sure it does help.  If you have a catchphrase that is closely connected with your product or service, you may benefit from trademarking your catchphrase.  To start the process, there are four steps to follow.

1.) Identify Trademark to Register – There are three different types of trademarks that you can register.  The trademarks are standard character, design and sound.

2.) Identify Products/Services – Once you select the type of mark, you need to identify what products/services are associated with your slogan.  Remember to be realistic.  Don’t try to associate products that are not related to your catchphrase.

3.) Research Existing Trademarks – Check to see if there are any other trademarks or pending trademarks with your catchphrase.  You can search the Trademark Electronic Search System (TESS) to determine if catchphrase has already been trademarked.

4.) Submit Application and Fees – If trademark is still available for your catchphrase, file the application and pay the TESS processing fees.