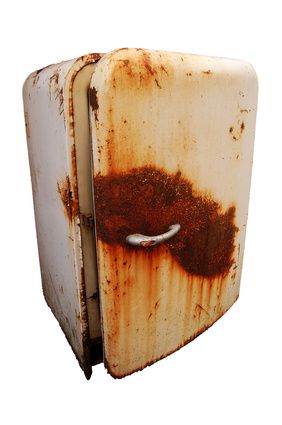 On January 19, 1986, the American children’s television show, Punky Brewster, featured an episode called “Cherie Lifesaver”.  During this episode, a little girl named Cherie becomes trapped in a discarded refrigerator in a game of hide and seek.  She is not found until hours later, but fortunately is saved before suffocating to death.

If this scenario played out for real in the state of Florida and the child died than the owner of the refrigerator is could be held liable.  Under Florida child trespassing laws, refrigerators, abandoned cars and lockers with doors are considered attractive nuisances. The Attractive Nuisance doctrine states that a landowner may be held liable in the event a child trespass on their land and become injured by a hazardous object on the land.

What determines whether an object is an attractive nuisance?

The Restatement of Torts states that five conditions must be met in order for the land owner to be held liable for child trespasser injuries.

The conditions are listed as follows:

1.)    The place where the object rests on property is known as a likely place for children to trespass.  For instance, if land owner leaves old refrigerator at the end of driveway for the trash collector, this is an easy place for passing neighborhood child to trespass.

2.)    The owner knows that the object could cause harm or even death to children.

3.)    The children because of their young age are incapable of understanding the risk involved with inter-meddling with the object.

4.)    The cost for the owner of object to eliminate the danger is significantly slight as compared with the risk to the children involved.

5.)    The owner is found negligent and fails to provide reasonable to care to eliminate the dangerous object for the protection of the children.

What can property owners do to protect themselves from becoming liability for child trespassers?

The best way for property owners to protect themselves from being held liable for child trespassers is to exercise reasonable care to eliminate dangers.  If a property owner has an old refrigerator or appliance that needs to be removed, they should call a professional fridge removal company to come to house to remove for them.  The property owner can post trespass and “beware of” signs around property near high risk objects.  They can also surround yard with fence.  Finally, property owners can verbally educate the children on the dangers of meddling with object and advise not to touch.

More: Laws Against Trespassers in the State of Florida | eHow.com http://www.ehow.com/about_5401999_laws-against-trespassers-state-florida.html#ixzz2IN28LwnB