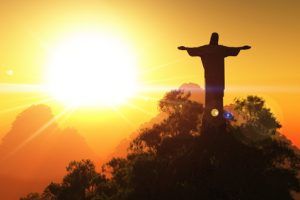 The international political fall out continues over the revelations of the expansive National Security Agency (NSA) spy program leaked by Edward Snowden. Media attention has been mainly focused on Snowden and his flight to Russia and subsequent asylum. Not as much focus has been paid to the protests across the globe and the especially strong reactions by the people and government of Brazil.

Despite the lack of coverage on Brazil in the United States, Brazilian media has been devoting extensive screen time to the US spying scandal. This may be due to the fact that the reporter who originally ran the story on the Snowden documents, Glenn Greenwald from the Guardian, currently resides in Rio de Janeiro. There has been such an uproar that the Brazilian President Dilma Rousseff cancelled a state visit to Washington, DC last month and the Brazilian legislature is looking at a proposed bill that would regulate the Internet for the first time.

In an attempt to ensure the US government is unable to access Brazilian data, the new law aims to ensure the security of local users by requiring data about Brazilian citizens to be physically stored in Brazil. This would affect Internet companies like Google and Yahoo along with social network giants such as Facebook. Other stipulations of the bill include limits on the retention of data and protections of both freedom of expression by users and Internet companies from the actions of their users.

While the bill, named Marco Civil aka “The Internet Constitution”, was originally proposed back in 2011, it was recently declared an ’emergency measure’ by President Rousseff and a vote on the bill must now take place within 45 days. Should the bill pass, it would be complicated to enact for Internet Service Providers (ISPs) across the globe. ISPs and internet companies with fewer resources could find it difficult to operate in Brazil and may have to pull services from the country. The law would also require that ISP’s purge usage logs after a one year retainment, currently Brazil has no time limit on this type of data.

Is personal privacy worth possible restrictions in internet access to Brazilians? What other unforeseen effects would the new law have on Brazilian internet usage? This bill, being the first of its kind, has the potential to inspire other countries to follow in regulating their corner of the internet and to control the access outsiders have to their data. It will be interesting to see if the bill is passed and how, as law, it will work. Would you choose personal privacy at the cost of restricted internet access?