Bullying Negligent Cases on the Rise 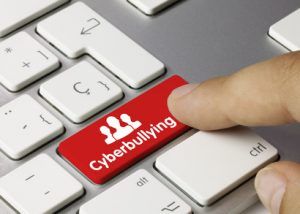 Over the last decade, the rise in technology and social media has inadvertently given the school yard bully a larger platform to torment their victim. Where once bullies were confined to only verbally and physically harassing their victims on school grounds now have the opportunity to torment their victims online and on a much larger scale. Bullying online allows the aggressor to make fun of their victim with an audience that extends beyond the playground. With one click of a button, their taunting messages can be shared with thousands instantly, invoking others to join in on the cruelty. In the past, bullying was largely ignored by authority figures, but that behavior is now unacceptable since the implementation of bullying laws passed in 45 states. School districts, parents and even employers need to take first reports of bullying very seriously or they may find themselves in legal trouble on grounds of negligence.

Bullying and cyberbullying negligence cases are on the rise. In April 2012, Sawyer Rosenstein from Ramsey, NJ won a $4.2 million dollar settlement against Ramsey School District. The school neglected to take action after Rosenstein reported being physically bullied. As a result of their neglect to intervene, Rosenstein’s aggressor punched him again in the stomach which led to him becoming paralyzed for life. In October 2013, Jan and Jay Webster, parents of an Asperger’s syndrome child won a settlement of $300,000 in damages against Bainbridge High School when the school failed to protect their son from bullying and sexual harassment.

And most recently, the Miami Dolphins Franchise finds themselves in hot water, after allegedly coaches encouraged NFL guard Ricardo Incognito to “toughen up” fellow teammate Jonathan Martin. Incognito repeatedly sent voicemails and text messages to Martin that contained threats of violence, racial slander, and derogatory sexual orientation references. Martin left the team after suffering an emotional breakdown. He is now suing Incognito and the franchise for providing an unsafe work environment.

Employers, school districts and even parents of bullies need to be proactive in preventing bullying. They can no longer turn a blind eye and ignore bad behavior. The bullying laws today hold them all accountable. The bullies can be charged with criminal torts of physical assault and battery, hacking and stalking which all have jail time sentences. The bystanders who fail to intervene can also face charges of negligence. While those found negligent will not serve jail time, they will have to pay hefty punitive damages if found guilty.