Can a Judge Make a Plaintiff Pay for Defendant’s Legal Fees? 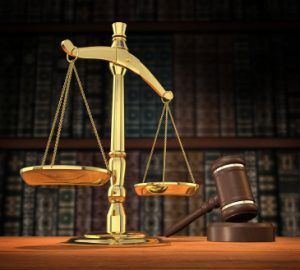 In England, there is a law referred to as the “Loser Pays” Rule.  The law states that the losing party of a civil litigation case must pay the winning party’s legal fees.  The English created this law to deter individuals and corporations from making frivolous claims and wasting the judicial system’s time and also the defendant’s money.  The courts reasoned people are less likely to sue if they know that on top of paying their own legal fees, they might also be saddled with the burden of paying the defendant’s legal fees should they lose.  Of course this rule applies to both parties.  Should the defendant lose, then the defendant shall be responsible for paying the plaintiff’s legal fees.

Unfortunately here in the United States where we are notoriously labeled by the rest of the world as “sue happy”, we do not have this law passed in our federal legislation.  However, the “loser pays” law was just passed in one large state.  The state of Texas last year, in 2011 passed the House Bill 274 which gives the judge authority to dismiss a frivolous case and make plaintiff pay for the defendant’s attorney fees.  Governor Rick Perry personally championed this bill declaring the reform a much needed item.  Under the new law, if a Texan thinks a case frivolous they can file a motion for an early dismissal with the judge.  If judge agrees with defendant then it is mandatory that the plaintiff pay for defendant’s attorney fees and the case is dropped.  Now if the dismissal is not granted, then the defendant must pay the plaintiff for the cost it took to battle the dismissal motion.

For those living outside the state of Texas where this bill has not passed, there are instances where the judge makes the plaintiff pay for the defendant’s legal fees.  The judge has the authority to make that decision for each individual case.  In fact recently more judges are exerting their power and using this loser pays rule.  It appears the judicial courts are finally feed up with the “sue happy” Americans.