Can Pi be trademark protected? 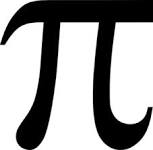 Think back to math class.  Do you remember learning about pi?  It’s that funny little greek letter that looks like this π.  It is used to represent the ratio of a circle’s circumference to its diameter and is roughly defined as 3.14159 no matter how large or small the circle is.  It is one of those numbers that fascinate mathematicians all over the world and has for centuries because of all its uses and quirks.  One of its most well known quirks is that this number goes on indefinitely after the decimal point without ever repeating any pattern of numbers.

The earliest known use of Pi is documented to be during the Egyptian or Babylonian times.  In today’s times, we often see it on t-shirts (“Come to the nerd side.  We have Pi!”) or being celebrated throughout schools on National Pi Day (every year on March 14th of course).

In 1897, the first recorded pi scandal occurred when the Indiana legislature tried to implement the Indiana Pi Bill, which erroneously declared Pi equal to 3.2.  In January of 2014, the second recorded pi scandal may have been set into motion.  Under registration number 4473631, Brooklyn artist Paul Ingrisano (initials PI) registered the pi symbol followed by a period for trademark protection.  Ingrisano owns the company Pi Production Corporation.  His company sells t-shirts, novelties, hats, caps and athletic apparel that use his trademarked symbols.

So the question becomes – does Ingrisano actually have copyright protection?  On March 14, 2012, ironically on National Pi Day, a US District court judge threw out a different lawsuit involving two mathematical musicians who both created music that audibly represented the 3.14159 pi numbers.  The judge stated “pi is a non-copyrightable fact.”  However, what Ingrisano protected was not just the graphical representation of pi, but pi followed by a period.

Ingrisano wasted no time protecting his newly gained rights and has started to send cease-and-desist letters.  Interestingly enough, he sent a cease-and-desist letter to at least one retailer who sells items that have the graphic symbol for pi without the period, claiming that that pi symbol without the period was close enough to his trademarked symbol that consumers would easily get confused.

Should the Ingrisano trademark be upheld, it would create a major headache for textbook publishers, educators, students, mathematicians, engineers and scientists. However, versions of pi are also used by smart phone developers, in semiconductor manufacturing and by anyone who uses or manufactures GPS devices.  The impact would be overwhelming.

In self-proclaimed geek circles, 2014 is fast becoming known as the “pi-pocalypse”. Although most legal scholars believe that the Ingrisano trademark will be eventually be rescinded, Ingrisano has stated that in the meantime he’s been receiving death threats.

“Ingrisano is pursuing the whole pi, but he is really just being irrational.”