Can the Court Hear Your Case? The Question of Jurisdiction 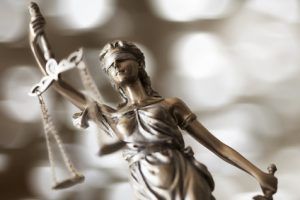 If you intend to sue someone who has wronged you, you don’t want to go through the expense and hassle of filing a lawsuit only to have it thrown out because the court doesn’t have jurisdiction.  As such, it’s good to know about jurisdiction and how it affects you before you get to the point of filing a lawsuit.

Of course, there are ways for the court to hold personal jurisdiction over people who do not live or work in the forum state, such as the minimum contacts test explored in an earlier post.  However, before you can even begin to ask the court to find that it holds jurisdiction over a given defendant, you must consult the Florida long-arm statute as a starting point.

Every state has what it known as a “long-arm statute.”  This is a statute that creates for the state’s courts the power to exercise jurisdiction over people, businesses, or other entities even if those parties do not reside or do business within the state.  The statute will set out the various grounds for exercising personal jurisdiction, so make sure you check it before filing a lawsuit so you don’t end up having it dismissed for lack of jurisdiction.

Even if a court has personal jurisdiction over someone, the court must also have subject matter jurisdiction in order to hear a case.  For example, a court would not be able to hear a case alleging that A gave B a funny look, because there is no statute stating that giving a funny look is an action that can result in a lawsuit.  As such, even if A lives in the forum state, the courts there will have no subject matter jurisdiction and will be unable to hear B’s case.