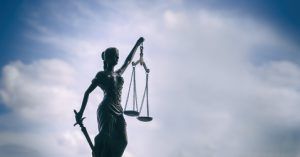 A civil lawsuit is a lawsuit that is filed to determine the rights and liabilities of a party.  These lawsuits normally are private disputes between corporations or individuals.  The disputes could be due to a violation of a contract or other injuries received in an accident.

If you fell in a retail store due to a slippery floor and were injured, you might need to receive medical attention.  Who is going to pay the medical bills?  Who is responsible for the fall?  If the store did not reasonably make sure the conditions of the floor were safe for its customers, it may be at fault.  If you are running and sliding down the aisles for fun, you may not have a case against the store.

Landlord and tenant disputes are civil actions.  A landlord and tenant enter into a contract describing what each party is responsible for during the renting of a property.  If the tenant violates that contract by not paying the allotted fee each month or by doing something against the specific language in the rental contract, the landlord may seek damages in civil court.  If the landlord violates the rental contract by not providing the specified services, the tenant may also seek damages in court.  For example, the landlord has agreed to provide a refrigerator for the property and that refrigerator stopped working.  After many attempts to have the landlord replace a broken refrigerator or fix it, the tenant has to go out and purchase a refrigerator on his own.  He can then seek to be reimbursed in civil court.  If a landlord locks a tenant out of a property, that can be a criminal act.

Civil court is also the place to seek damages from a criminal act.  Remember the OJ Simpson case?  OJ Simpson was found not guilty of the two murders he was tried for.  The families involved took him to civil court where it was determined he was responsible for the deaths and those families were awarded damages.  Finding him guilty in civil court when he was found not guilty in criminal court can happen because the civil court doesn’t require the amount of evidence that a criminal case requires.

Civil versus criminal court may seem confusing.  It helps to remember that criminal court deals with the violation of a law and civil court seeks compensation for an actor to have the activity stopped.  Any questions you might have can be answered by an experienced attorney.