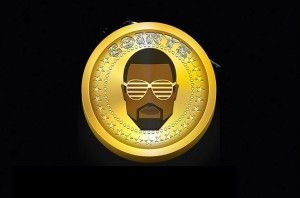 Kanye West is surely no gold digger, but he’s certainly looking to figure out who is using his name satirically to develop a little dough. That’s right, if you’re a business that could have any possible hand in supporting a new virtual currency, Coinye West? Kanye is coming for you.

That was no typo, Coinye West is a virtual currency (not unlike bitcoin) that has been developed for buying and selling certain goods across the internet. A lot of this type of currency (cryptocurrency) has been scrutinized for it’s infamous use in business transactions that are less than “above board” (i.e. murder for hire, drug and gun transactions). Transactions of this nature seem to be promoted due to the anonymous nature of the currency.

Before it “All Falls Down” and Coinye West is dissolved, Yeezus has to figure out who is responsible for creating this currency. Since Mr. West has no idea who developed and now owns Coinye West, he’s just going to start casting his net wide. The College Dropout plans on going after a broad range of defendants. That means everyone from major websites (like Amazon) that may host or support virtual currency, to creators of currency (i.e. a 0daycoins.com), followed by every other possible connection. The remainder of involved defendants would include payment processors, operators of cryptocurrency wallets, retailers accepting “Coinye” and so on down the line (totalling around 100 “Jane Does” and “John Does”).

While deemed slightly seedy now, it seems that cryptocurrency could be a big part of the future. Could this be a place a mogul like Kanye could be headed with his empire? Well, for now, Kanye does not want his supporters and fans to think that he’s up to endorsing or offering cryptocurrency. This suit is rooted in publicity rights and trademark violations and if West wins out, he could stand to win some major coinage (not to be confused with “Coinye”).