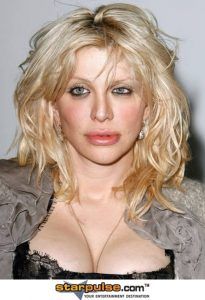 With information expressways like Twitter these days, it’s incredible just how quickly topics can spread – good, bad and ugly. The internet is chock full of all kinds of knowledge and of course, opinions. We see restaurants’ fates determined by the strength of their reviews on Yelp, and how quickly the pendulum can swing by just one customer. It seems that everyone’s reputation hangs in the delicate balance of others opinions.

This last week, we just saw a pretty interesting case of this with Courtney Love’s former lawyer, Rhonda Holmes. Holmes is suing Ms. Love for libel (the written form of defamation). Love had tweeted that Holmes had been “bought off” when Holmes had refused to help Love in a fraud case over the estate of her late husband (Kurt Cobain’s) estate in 2010. With regards to other Twitter incidents, just three years ago Love had to shell out $430,000 for insulting a clothing designer after a disagreement surrounding a $4,000 clothing bill.

While Courtney is no stranger to Twitter suits, this case will be the first Twitter libel litigation to go to trial in the US. Cases of libel. Courtney’s current lawyers argued that the internet is a totally different world than that of print; being immersed in exaggeration and rumor. However, the judge examining this case has decided that Love’s statements should be held in the same manner.

There is one school of thought that thinks Twitter should provide their customers with the capability to edit their posted tweets. This way, tweeters would have the ability to amend or retract a statement previously made. With this capability to rectify the situation in hand, a court can very easily see if the offending party is truly being libelous (based on if said statement made is later retracted). Without this feature in place and the court case moving forward as the first of it’s kind, this will be fascinating to watch unfold and could have implications on how future Twitter libel cases.