Do You Have a Patent Troll Giving You Trouble? 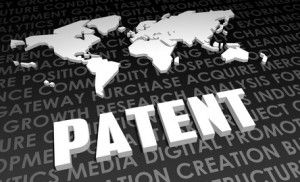 Under an old creaky bridge lives the troll and you must pass his test in order cross to the other side.  Today, a troll is much more than the figurative creature in a story told to children.  A troll is someone who intentionally waits for its victims to attempt to cross and then commits extortion.  Most notably the term is used today to refer to a cyber troll who makes comments on blogs or social media to incite controversy.  They get everyone who participates all flustered and then they just smile as chaos ensues.  A patent troll is someone or a company who is after licensing fees instead of chaos.

These official postal service deliveries are a means to an end for a patent troll.  They harass you and threaten litigation; possibly pursue it.  See, they sit on a patent which is basically a monopoly on that idea or invention.  The problem partially lies with the Patent Office’s failing and overwhelmed system.  There aren’t too many brand new patents so anything that even partially resembles the one held by the troll is viciously targeted with infringement letters and threats of litigation.  Most of the time the threats are not even legally legit.  They are just after anyone who will fall for their tactics.

Whoever has a newly issued patent is targeted by these fat and lazy trolls who usually have the rights to more than one patent that they have bought from failing competitors or investors.  So they patrol the databases and then begin their scare tactics.  They threaten to sue the pants off you unless you pay royalties, or licensing fees to carry out your business.  In an effort to avoid the costly and time sucking process of painful litigation in court, companies trying to cross the bridge into capitalism promised land are forced to feed the troll a hefty settlement.

Unless You Hire an Attorney

The only way to stop trolls is to stop feeding them.  It isn’t really the most convenient way around them, but the truth of the matter is that trolls continue to feed on startups and innovative minds.  Intellectual property attorneys are in pretty high demand as the tide coming in from the Patent Office dilemma is bringing with it a whole slew of dockets.  But that is good.  Not just for attorneys, it is good for every single entrepreneur and start-up Company looking to make it.  It is time to starve the patent trolls.