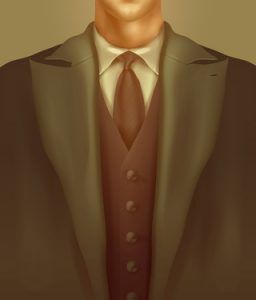 Corporate dress codes are coming under scrutiny by the U.S. Equal Employment Opportunity Commission (EEOC) for religious discrimination. In August of 2012, former Disney employee, Imane Boudlal sued Disney after being told she could not wear her hijab to work and just recently a Kentucky Fried Chicken former employee sued the franchise that dismissed her after refusing to allow her to wear a dress to work. In both instances, these women were violating their corporations’ dress code uniform policies. Yet, each claimed the dress codes violated their religious beliefs. Do EEOC laws overrule corporate dress codes?

Yes, if proved corporation employment practice are based on disparate impact. Under the Title VII of the Civil Rights Act of 1964 (Title VII), an individual’s religion is protected from unlawful employment practices based on disparate impact. In layman terms this means that the doctrine prohibits employers from using a dress code that has an unjustified adverse impact on members of a protected class. For instance, in the Islam faith a hijab is worn by women as a symbol of virtue and modesty and must be worn outside the house at all times. While the dress code is standard across the board for all employees without intended biases, the dress code inadvertently discriminates against Ms. Boudlal’s religious practices.

Same is the case with Ms. Sheila Silvers whose religion, Pentecostalism, requires her to wear dresses. Ms. Silvers sued Laurinburg, N.C. based KFC after being fired for refusing to wear pants to work. She was just awarded $40,000 by the courts against the franchise location.

What is interesting about the Title VII doctrine is it is only enforceable within the United States. Had Ms. Boudlal worked at the Disneyland Paris location in France, the doctrine would not work to protect her. Under section 703 or 704 of the doctrine it specifically states it shall not be unlawful for an employer to take any action otherwise prohibited by such section, with respect to an employee in a workplace in a foreign country if compliance with such section would cause such employer to violate the law of the foreign country in which such workplace is located.

As of 2004, France banned Islamic headscarves from state schools and in 2009 the French National Assembly appointed 32 MP to look at ways of restricting burka use within the country. President Nicolas Sarkozy told press “We cannot accept to have in our country women who are prisoners behind netting, cut off from all social life, deprived of identity.”

Can dress codes violate EEOC’s Title VII? Yes. Does religious freedom overrule dress code? Yes, it can within the United States. For this reason, corporations based in the U.S. should work closely with employees to amend dress code rules when it interferes with the employee’s religious practices. Outside the United States, corporations should revert to the foreign country’s laws. Different countries have different laws. The Title VII may not protect employees in foreign countries against religious discrimination if foreign law conflicts. U.S. corporations in those instances must follow foreign laws.