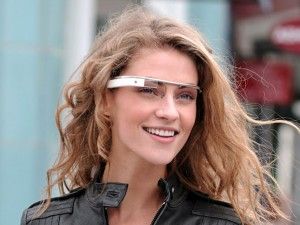 It is truly amazing how much our world has changed over the last thirty years. With cell phones and computers becoming mainstream, even more so than television and with the more recent creation of tablets, there really is little to no time that people find themselves unconnected. It looks like technology will be making another big leap in the foreseeable future with the creation of Google Glass.

With these new technologies comes the need for new trademarks and patents and that is what Google has been doing, securing these for the up and coming Glass. If you haven’t yet heard of Google Glass, you will be probably be seeing it sooner than later. Glass is a wearable computer, resembling a pair of eyeglasses without the lenses which projects a smartphone like display to the wearer and is navigated by voice command and a touchpad located on the side of the device. While Glass is still being tested and is slated for roll out to the general public in the next year or so, there is no lack of theories as to what Glass will be able to do.

The most recent trademark has Glass enthusiasts and Taylor Swift fans in an uproar. Just this month Google was granted trademark rights to the ‘heart shaped’ hand gesture, the movement where you make a heart with your hands. Speculation has been amping up and it appears most are predicting it to be a way to “like” things by a Glass wearer that the device would then recognize. The possibility of Glass recognizing hand movements is a new development that has technology aficionados very excited.

While Google has the trademark on the movement, they are not the first to think of it. Singer Taylor Swift often uses the heart hand gesture at live performances to convey love to her fans; she shouldn’t be worried though as her usage shouldn’t interfere with the scope of Google’s trademark. It’s also worth noting Google isn’t the only one with a trademark on the heart shape hand gesture. Soccer star Gareth Bale trademarked the heart symbol with an 11 in the middle (Bale’s soccer number) in March of this year.

Will the world make a major change again once Google Glass goes mainstream as it did these last couple of decades with the creation of cell phones and then smartphones and finally tablet computers. It is hard to find a situation where there is not someone visibly tinkering with a mobile device. Will we all be wearing this new eyeglass contraption soon?