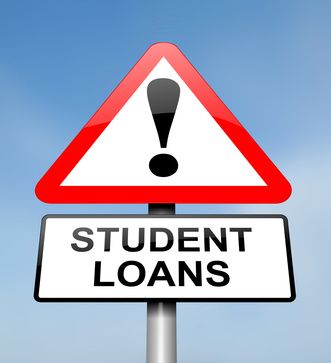 For over four years our economy has lay dormant in the gutter.  Jobs are scarce and the few that are available offer low paying salaries with lousy company benefits.  We keep hearing the golden age ended.  No more pensions, plush company outings and other employee perks that were once taken for granted, shall employees receive.  Instead we are preached with mantras “less is more” and “be thankful you have a job”.  Quite frankly the job market is terrible at present.  Unfortunately, this is the environment greeting graduates after obtaining their expensive degrees.  This dismal environment has left students jobless with heavy school loan debts to pay off.  The question is what are students to do when there is no money coming in to pay back their student loans?

Well, most are simply defaulting on their loans. According to a recent Bloomberg article, students defaulted on $964 million in Perkins loans in 2011. Perkins loans are loans provided directly by the university to give to poor students.  Unlike privately issued school loans, Perkins loans have an interest rate of 5%, whereas private loans have interest rates that are much higher at 9% to 11%.

Prestige schools like Yale, University of Pennsylvania and George Washington are not pleased with the recent trend of students defaulting on their loans.  They recently took drastic measures by suing their students for neglecting their loan payments. The universities say students have an obligation to pay back the loans they have borrowed.  They do not wish to sue students but when students fail to repay the loans and are unable to work with the university on adjusted payment plan schedules, this is their last resort.  The universities further argue that the students need to pay back loans so that the monies will be available for the next generation of students attending university.  If students stop paying back their debt, there will be no more loan money for the next wave of students.

Jobless college students who cannot pay back their loans are now faced with being sued by their alma maters.  To make matters worse they incur collection fees on the unpaid balance and if they lose their case will be expected to pay for the university’s litigation fees.  On top of their already overwhelming debt, their alma maters are now piling thousands of dollars more debt burden.  The whole point of attending university is of the promise of a rewarding higher paying job waiting for them upon completion.  But did the university measure up to their advertising?

Many students do not think so.  Students are also suing.  Students are now suing their alma maters are the grounds of falsely advertising job market statistics and guaranteeing jobs upon obtaining degrees.  These students that are suing are demanding their tuition money back.  One such student is Trina Thompson, a graduate from Monroe College in New York.  She is suing Monroe College for her tuition amount of $70,000.  She believes she is entitled to a refund on the grounds that the career’s office never provided job placement assistance.  Other law students are suing their law schools for falsely advertising job statistics when recruiting them to the schools.  The job market statistics were grossly misreported.  According to Alexandra Gomez-Jimenez, who is suing New York Law School, her alma mater’s literature claimed 90% of their students found jobs within first six months of graduating.  She and a few other classmates are hoping to recoup their tuition costs.  Do they have compelling enough evidence to win their case?  The verdict is still out on that, but it is interesting to note that the American Bar Association recently required law schools to accurately report employment reporting statistics.

Today’s economy has definitely caused the frustration to mount on both sides of the table.  Students and universities are both left unsatisfied.  Universities are displeased that loans are not being paid back and students are displeased with the universities for not fulfilling their promise of finding sound employment.  It looks like only a turn around in the economy will amend this feud between students and their alma maters.