How Do I Enforce My Patent? Part 3: Filing an Infringement Suit 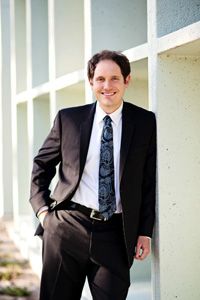 Although frequently an option of last resort, filing a patent infringement lawsuit is the most direct and aggressive manner of enforcing a patent.  By filing a lawsuit in federal court, you can command a response from an otherwise unresponsive party, stand up to an unreasonable and uncooperative party, or demonstrate a position of extreme assertiveness and willingness to go the distance.  In addition to posturing, there are a number of strategic implications to filing suit that should be fully weighed and considered before taking such a momentous step.

First, filing suit is widely considered to be an aggressive, even hostile, way to broach an alleged infringement.  In essence, it says “we are extremely confident in our case and are uninterested in negotiating outside the scope of a lawsuit.”  From the perspective of the target of the suit, they may not have ever heard of your company, your patent, or your competing product.  Needless to say, if this is the first event in the relationship between the two parties, it does not create a friendly atmosphere.

Making such an aggressive first move can have a number of consequences, depending on the character and resolve of the target party.  If they are more timid, more litigation-averse, and comparatively smaller than you, such an aggressive move may serve to frighten them into settling the lawsuit on terms favorable to you.  However, if they are not afraid to litigate and feel threatened, but not frightened, filing suit may serve only to strengthen their resolve against a perceived bully, making them less likely to be reasonable across the settlement table.

Filing suit right off the bat can, in some ways, be seen as a defensive maneuver.  Specifically, as discussed in my last post, sending a cease and desist letter can have the unintended consequence of enabling the recipient to file a Declaratory Judgment action, asking a court to determine the validity of the patent(s) asserted in the letter.  In order to head off this unfortunate circumstance, filing your own lawsuit before contacting the target party prevents you losing control of the litigation process.

A fair question is why is it so important as to who files suit first?  The decision to file a lawsuit brings with it a number of decisions that can be made by and large solely by the filing party.  Perhaps most important is what jurisdiction the suit is filed in.  Many believe there is a “home court advantage” in filing in your own jurisdiction when then opposing party is located outside the jurisdiction.  This is sometimes believed to curry favor with potential jurors who may become involved in the litigation process.  Moreover, it makes the opposing party do the traveling, potentially making them less comfortable than if they were litigating closer to their headquarters.  A second commonly held belief is that some jurisdictions tend to be patentee-friendly, meaning either the court or potential jurors tend to side with the patentee, who created, instead of the opposing party, who copied or stole.  The extent to which either of these perceptions are valid is continuously debated, but sometimes the mere perception of a strategic advantage can be a useful tool.

The decision to file a lawsuit comes with the consequence of ceding a significant degree of control to the court.  Once the suit is filed, a schedule will be made for all of the phases of trial, including discovery, preliminary motions, settlement negotiations, and trial.  Moreover, the judge and jury will have ultimate control of your fate, instead of what you are willing to agree to in negotiation.  Additionally, the cost of litigation, as it progresses, grows exponentially, often becoming a substantial fraction of the amount in controversy.  Frequently, taking a patent dispute through litigation makes little financial sense for either party, especially when the likelihood of success is considered.

This post concludes my series on an introduction to patent enforcement.  I hope it serves as a quick reference to those dipping their toes into enforcement waters, and provides some answers to the most basic of questions.  If you are considering pursuing patent protection, or have a patent in hand and are seeking to enforce it, I strongly urge you to contact an attorney or patent professional who can discuss your individual circumstances and needs with you.  Patent law is a labyrinthine world that, with the right guide, can lead to significant reward.  Thanks for reading, and please continue to read my and all the other terrific authors who post on TacticalIP.