How is Time Sharing Determined for Children of Divorce? 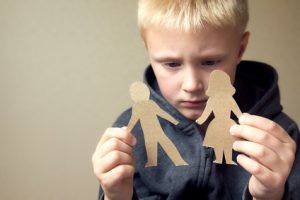 Time sharing of a child, as the state of Florida calls child custody, is determined a little differently than you might imagine. It is not based on which parent does more “parenting” or which parent requests sole custody; it is based on the best interests of the child. The interests are determined after evaluating 20 different areas of the family’s life to see where and when the child would do best with each parent. The state of Florida severely frowns upon children being restricted on time with each parent unless their health and welfare are at risk.

In general, the following factors are considered when time sharing or custody arrangements are trying to be made:

–          The ability of each parent to divide responsibilities

–          The ability of each parent to communicate with others involved in the child’s life, including teachers, friends, and doctors

–          Any negative evidence of wrongdoing against the child (sexual abuse, violence, etc.)

–          Any evidence of false information provided to the court regarding negative issues with the child (violence, sexual abuse)

Any other issues that may come up and pose a threat to the child will also be evaluated.