If It’s Unusual, It ‘Will’ Be Contested 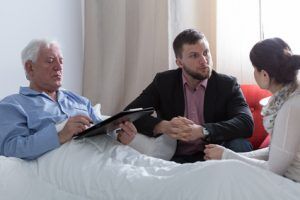 For many, the last will and testament is a chance to make a statement about those who have stood by them and those who haven’t.  There have been some truly unusual wills that have gone through the probate process.  It would seem, the more unusual the will, the more certain it will be contested.

Take Leona Helmsley, for example.  She completely left her two grandchildren out of her will.  She instead left her impressive $5 to $8 billion fortune to animal welfare charities and her beloved dog, Trouble.  She was specific in her will that nothing be left to either grandchild, stating the reasons for this decision was known to them.  The poor dog received such a large amount of death threats that it cost approximately $100,000 annually for protection.  In 2008, a judge lowered the amount the dog inherited from $12 million to $2 million.  The rest was given to charity.  The two disinherited grandchildren were awarded $6 million to share.

Not all unusual will requests are contested.  Some of the stranger ones include Benjamin Franklin’s request that his daughter “not engage in the expensive, vain and useless pastime of wearing jewels”.  Napoleon Bonaparte decreed that his head be shaved and his hair then divided up and given to his friends.  John Bowman requested in his will that dinner be prepared each night in case he returned to life.  And Charles Dickens requested that those attending his funeral “wear no scarf, cloak, black bow, long hatband, or other such revolting absurdity.”

Yes, your last will and testament can be a statement to those left behind, or just a reflection of your unique personality.