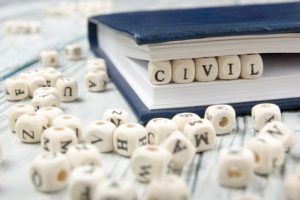 Generally, it is understood that one person cannot drag two others into court and force them to fight out an issue.  However, as with most things in the law, there are exceptions to this idea.  The concept of interpleader is that sometimes one party can compel two or more other parties to determine their rights in a matter.

How does interpleader work?

The most common illustration of interpleader is found in the context of insurance law.  If insurance company A issues a policy, and the triggering conditions for a payout occur, then insurance company A knows that it will have to pay out the value of the policy to someone, but it may not be clear exactly who will be the recipient of the payment.

This can pose a very real problem to A, because if A accidentally pays the money to B when it should have paid to C, then C can turn around and sue A.  At the same time, A cannot be expected to foot the costs and hassle of litigating in order to determine who should receive the money, because A never contracted to do that (A only contracted to pay out a certain sum upon the occurrence of a certain set of events).

In this case, A can initiate an interpleader action, compelling B and C to determine between themselves as to who should receive the money.  Once the action has started, depending on the state, A may need to remain as a party in the suit, or A could withdraw altogether and await the outcome.

Other states would give A the option of paying the money into the court and then walking away; the money would remain with the court until the litigation between B and C has been resolved.

Why have such an action?

The idea of interpleader is one that promotes efficiency in the courts by minimizing the number of lawsuits in a given situation.  Further, it promotes the ability of parties to free contract.  If insurance company A could not utilize interpleader, it may be less likely to issue insurance policies at all, since they would involve more risk and hassle.  By allowing A to use interpleader, we promote the availability of affordable insurance.  This idea holds true in other arenas as well: by allowing interpleader, we encourage commerce and help reduce the prices of contracts for goods and services.