Is Virgin Olive Oil a Thing of the Past? 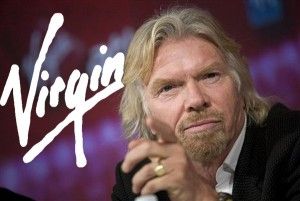 If Richard Branson has his way, it might be.  Mr. Branson, the tremendously successful entrepreneur and chairman and founder of the Virgin Group has instituted a policy whereby the company’s lawyers aggressively target any company that uses the name Virgin in its own name, its marketing materials or within its URL.

The Virgin group has trademarked the name Virgin for use in multiple industries, including airlines, mobile technologies, health and wellness, books, casinos and more.  Although they do have a pretty broad industry base, their trademark lawyers work diligently to keep the name their own, even by targeting those whose industry they have yet to enter.  Although sometimes considered a bully in the trademark office, they remain unapologetic for their stance.  Some of the companies they had issue with include:

According to multiple news reports, in the past several years, the Virgin group has targeted over 300 companies who used the word Virgin in their name, URL or marketing slogan.  Unfortunately, many of these 300 companies are small businesses who do not have the resources to fight back against a multi-billion dollar company with hundreds or even thousands of lawyers on retainer.  These small businesses almost always settle.

One reason for a company to be this diligent is to protect its brand name.  However, the question is:  Is this fair?  Unlike Microsoft or Verizon, the word Virgin has been used in the English language for thousands of years.  Yet, by taking this aggressive stance, Branson Company appears to be appropriating the word for its own exclusive use – one in which they redefine the word.