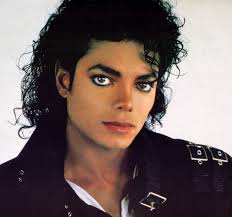 Another day, another Jackson family (as in Michael Jackson) court verdict. It feels like the Jackson’s have constantly been involved in some sort of court case since criminal charges were brought against Michael in 2005 for child sexual abuse. The latest in the seemingly endless civil cases since Michael’s death in June 2009 was settled this week when music giant AEG Live was found not liable for Jackson’s death.

This last trial lasted five months and served as an in-depth expose into Jackson’s last few days and weeks of life. Details included drug use by Jackson along with his now well-known doctor shopping in his efforts to obtain the drug that eventually ended his life, propofol. As these cases go, both sides attempted to shape this information for their own purposes.

The Jackson family lawyer argued that although Jackson was responsible for his own death, AEG Live also bore some of the guilt. It was argued that Dr. Conrad Murray, Jackson’s personal doctor at the time he died and who is currently serving time for involuntary manslaughter in Jackson’s death, was both hired and supervised by AEG Live and kept him on despite the fact that he was incompetent. Jackson’s lawyer also argued that AEG Live were aware of Jackson’s frail physical condition but were looking to work him as much as possible despite references to him as “the freak” in company emails. Katherine Jackson, Michael’s mother, and Michael’s children were seeking up to $1.5 billion in damages. The sum was an estimation of what Michael stood to make over the rest of his career should he have lived. AEG Live won their case by focusing their arguments on Michael and his drug use, representing Jackson as a classic drug abuser who would go to any lengths to score his drugs. AEG Live also claimed they would not have financed the world tour if they had known how bad off Jackson was to begin with.

In the end, the jury decided that AEG would not have hired an incompetent doctor to oversee an individual who was there to make the company millions of dollars. Evidence showed that only Jackson and Dr Murray were aware that Jackson was using propofol, a drug meant only as an anesthetic in operating rooms. While this case has ended, don’t assume that this is the end of the Jackson family in the news and in the courtroom. Dr. Murray is due to be released from prison at the end of this month due to his good behavior and prison overcrowding; the Jackson’s have already begun to seek out the media spotlight to show their disdain for the decision.