Lacy Vs. the City of St. Petersburg 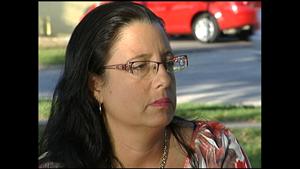 After a shootout in January 2011 in a St. Petersburg neighborhood, two officers (K-9 Officer Jeff Yaslowitz and Sergeant Tom Baitinger) and, the man that shot them (Hydra Lacy), were found dead. Lacy, hiding in his attic, shot at officers leading them into a major shootout. Hydra lived in the home with his wife, Christine Lacy. After the shootout had concluded, the home was pierced with so many bullets that Mayor Foster ordered that it be demolished. The Mayor insisted that the city would do whatever they could to have Mrs. Lacy feel “whole” again.

Christine Lacy is now done waiting for the city and wants what she believes is rightfully hers – $64,000. This amount she has requested is for the belongings in the home that the Mayor had ordered destroyed that were no longer accessible or crushed. Lacy was respectful in her initial requests to the city, “I have asked my lawyer to hold off filing suit in this case out of respect for the families that lost so much more than I” read her May 21st. 2013 letter to Mayor Ford’s office.

Lacy had held out hope that Mayor Foster would compensate her to the fullest of her request, paying the total amount of the lost items to her for their replacement. Mayor Foster stated that his “whole” comment was to provide Lacy with as much as the city could, but they couldn’t be expected to cover the full value of the claim.

While it is difficult to not feel for those impacted by the outcome of this terrible event, it’s also tough to place the burden of payment back onto a city that was doing their best to contain an criminal episode that could have been very dangerous to other citizens in the surrounding area. It seems someone should help out Lacy, but I’m not sure the answer here is St. Petersburg. It will be interesting to see  what sort of result this case yields.