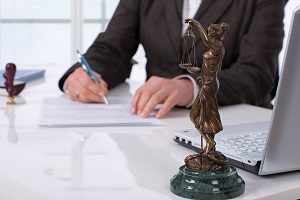 On July 21, 2017, the District Court of Appeals of Florida, Fifth District issued a decision that has a couple of key points for contractors to keep in mind when involved in a dispute with another party. Don Facciobene, Inc. v. Hough Roofing, Inc., involved a suit by a subcontractor to collect payment for installing a roof for Dan Facciobene, Inc., a general contractor. This case also supports the old adage that “bad facts make for bad decisions.”

While Hough Roofing, Inc. (HRI) was entitled to progress payments under the terms of its contract, it did not submit an invoice until the project was complete at which time it invoiced Don Facciobene, Inc., (DFI) for $222,379,00. DFI refused to pay the invoice alleging that it was entitled to credits amounting to approximately $3,500.00. HRI revised the invoice to show some but not all the credits sought by DFI. DFI refused to pay HRI any of the money it was due for installing the roof.

Several months after HRI completed the roof, the owner discovered a leak in the roof. The owner refused to allow HRI to enter the property and repair the leak. As a result, DFI, which not licensed as roofer performed the repair. At trial the Court found HRI was entitled to payment for the uncontested portion of its invoice in the amount of $16,369.65. While the decision was appealed by DFI, the Court of Appeals substantially affirmed the trial court’s ruling.

This case presents a number of important lessons learned for contractors and subcontractors.

Under the court’s decision, DFI is obligated to pay HRI $18,297 with prejudgment interest starting on July 20th, 2011, the date the court found the payment was due. Since this was a lien case (transferred to bond) HRI is likely to recover its attorney’s fees.

I had a case like this many years ago in which a home owner refused to pay any part of the roofers invoice because the homeowner demanded a $300.00 credit. This case went to trial, the homeowner did not gets its credit and ended up paying over twice the value of the roof in attorney fees.

This case is a great lesson on the “rules of reality” when it comes to construction disputes.