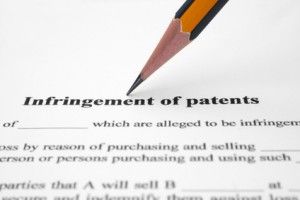 Judges preceding over patent infringement cases, have a very difficult job to do.  They must define the scope of the patent protection over an invention and determine whether a company or individual violated that patent.  This is easier said than done.  Patent language is not cut and dry.  The language leaves much room for interpretation.  An invention is not merely limited to a tangible product but could refer to a process.  When patents are filed with the United States Patent and Trademark Office, the individual or company must describe their invention.  This description is called the claim which if approved by the USPTO, is protected under Patent and Trademark laws.  It is the claims that are reviewed during a patent infringement case.

Prior to 1996, juries had to blindly navigate their way through the patent language and try their best to interpret its meaning.  But this all changed during the Markman v. Westview Instruments, Inc.  During this case, the jury no longer worked to interpret the patent language.  Instead the judges took on the responsibility to define key patent terms for the jury.  By defining the key terms in patent languages, judges were able to uniform patent language for the jury so that there was less confusion.  Since this case, judges will now conduct what they refer to as Markman hearings to define key patent words for each patent infringement case.  During the hearing both parties have the opportunity to persuade the judge to use their definition of the key words.  Once the key words are decided by the judge, the jury can deliberate over patent case.

The second method pertains to when existing inventions are enhanced.  For instance, the first cell phone was tremendously enhanced with innovative technology creating the modern smartphone.  The technology added to the original invention is an enhancement to the existing patent.  Judges needed a way to determine whether an enhancement merited its own patent or if it was simply infringing upon the original patent.  They determined during this case the method that if a change were minor or insignificant, then it did not constitute as an enhancement and was therefore violating the patent.