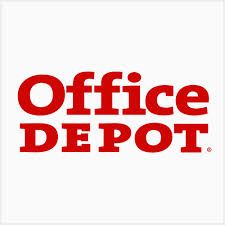 Office Depot is once again the subject of a lawsuit claiming the company overcharged some government agencies as another lawsuit has been filed against them in California. It is a case that is not only looking like it will cost Office Depot some money, but has severely tarnished their hard earned reputation that made them the recipients of the government agencies spending in the first place. One thing that is different about this lawsuit that is getting a lot of attention is the intent for Office Depot to try and minimize the financial damage by presenting its case to a mediator before trying to reach what is almost assured to be a settlement in court.

The accusations were brought to the forefront by a former Office Depot employee; unfortunately the process has been complicated by the Whistleblowers subsequent death following a long illness. But there are still enough grounds for several states to proceed with the lawsuits based on the precedent that was set by a 2010 Florida court settlement against Office depot for 4.5 million dollars and a finding for the City of Dallas against them for 1.7 million dollars. Currently Office Depot is being investigated for the same government overcharging allegations in New York, Texas, Missouri and Arizona also. You can bet other states attorney generals will be keeping a close eye on the proceedings also.

Office depot has denied the allegations but their willingness to settle the lawsuits in Florida and Texas has made people skeptical of that. In May of 2013 Office Depot had their motion to dismiss in California rejected. Office Depot’s voluntary mediation is scheduled to commence this month and if a settlement cannot be reached it will go to court in July of 2015. It will be interesting to see how the mediation turns out and in turn, how the other states will then proceed with their cases.

This is a prime example of mediation becoming ever more popular as a means of dispute resolution. It tends to be a much more informal process than a court hearing which puts both parties more at ease. It also shows willingness by both parties to compromise on some things in order to reach a resolution.

So if you are currently involved in a lawsuit or other dispute it is always a good idea to talk to your lawyer about the possibility of mediation. It may just end up saving you some time, money, and stress in getting your legal matter resolved.