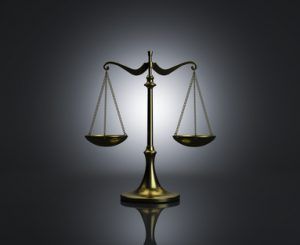 Out of state defendants

The idea of personal jurisdiction is based, at least in part, on the traditional notions of fair play and substantial justice.  The idea is that it would be unfair to sue someone who lives in Oregon in a court in Florida and force that person to incur the expense and deal with the hassle of traveling to Florida in order to defend against the lawsuit.

As such, courts are traditionally hesitant to exercise personal jurisdiction over out of state defendants unless there exists some method of satisfying the test of fair play and substantial justice: has the defendant done anything to give rise to the expectation of being hauled into court in a given state in order to defend against a lawsuit filed there?

International Shoe and its progeny

In order to determine whether a state court will exercise jurisdiction over an out of state defendant, the court will employ a test known as the “minimum contacts” test.  This test, first explored in the landmark 1945 case International Shoe Co. v. Washington and later expanded upon in subsequent cases, essentially asks whether the defendant has engaged in such activities as could reasonably result in an expectation of being sued in that state.

The minimum contacts test is a balancing test that seeks to balance the totality of a defendant’s contacts with the forum state (or citizens thereof) with the fairness of compelling the defendant to travel to the forum state to defend against a lawsuit in that state.  So, the next time you interact with people in another state, consider whether your actions may subject you to a lawsuit there, and govern yourself accordingly.