No Bad Days Foundation Visits Liam at Ability Plus Therapy

On August 31, 2016, two members of the Widerman Malek team, Mark Warzecha (partner) and Daniel Davidson, on behalf of the firm’s not-for-profit, No Bad Days Foundation, visited Ability Plus Therapy to present Liam two therapy items that will hopefully bring some relief to him and his mom.

Liam, who is autistic and suffers from congenital pulmonary valve stenosis, tachycardia and cardiac arrhythmia, received a weighted compression vest and an air “wiggle” cushion. Although it does not seem like much, these two items can help make his daily life less of a struggle. The vest which is adorned with one of his favorite animals helps him feel secure and comfortable in his environment. Before the vest, Liam was unable to control himself and would run into walls and other objects, hurting himself and sometimes others. Similarly, the air cushion is used to avert him from kicking while he eats or interacts with others.

It was a sincere pleasure to meet Liam, and the No Bad Days Foundation is pleased it was able to continue to do what it set out to do. Here are some pictures of Liam in action with his new vest and cushion! 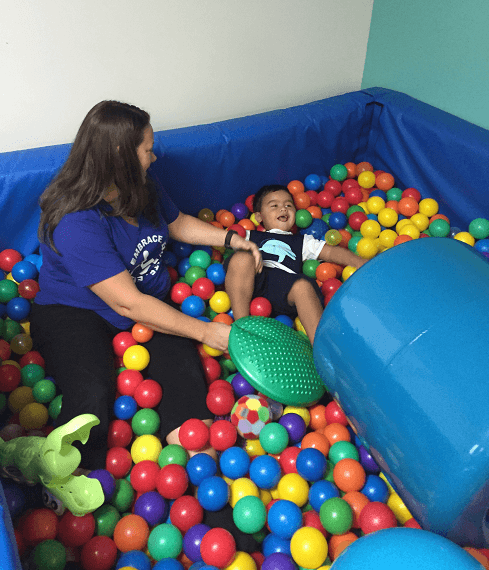 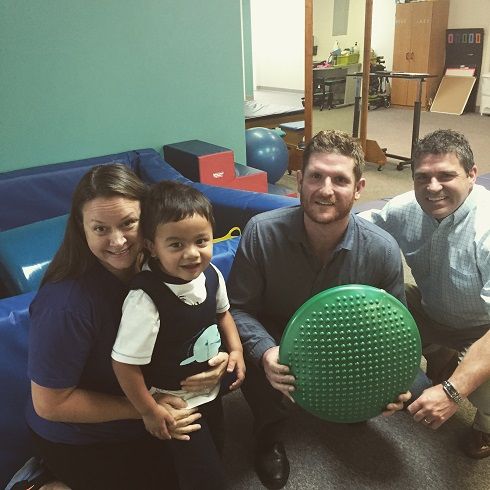