No Will: What Happens to Probate Assets? 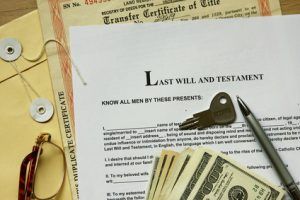 I am not sure why someone would not have a will in today’s day and age, but it happens more often than you might think. Why would you want your family members fighting over your assets after your death? Wouldn’t you rather everything went to the person that you wanted it to go to? A lot of people live in denial – honestly, I had a friend that had terminal cancer, yet up until 2 days before he died, he refused to make his will official. At least he had the wherewithal to do it right before he died; not everyone comes to their senses or faces reality like he did. In these cases, the assets are distributed according to the relationship you have with your family members and as we all know – that can get complicated!

Wait, you are probably wondering what happens if you were never married. Does that still happen? Yes, for those that pass on without a surviving spouse and no children, the probate assets get inherited by the surviving parents, if there are any. If not, it goes down the line to siblings or descendants of those brothers and sisters. They keep going down the line until someone is surviving and able to take on the assets!

Now, if you would rather avoid this confusion and give your assets, such as your house, money, jewelry and cars to those that you want them to go to – make your will today!