Obamacare and The U.S. Patent and Trademark Office 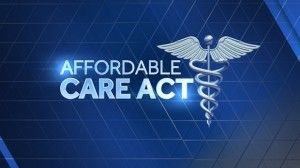 With all the hoopla going on with the federal government these past couple of weeks and with it being more than likely to continue for at least a couple more, there is one word that it is impossible to avoid, Obamacare. Whether you are for or against Obamacare, formally known as the Affordable Care Act, it should not be surprising that a slew of trademark applications have been submitted to the U.S. Patent and Trademark Office that incorporate this popular term. Ranging from t-shirt slogans like “Save Obamacare” and “Obamacare.Run For Your Like”  to electronic equipment such as the “Obamacare Calculator”, the trademark applications are being submitted from both sides.

While there have been numerous applications with the inclusion of ‘Obamacare’, it is unlikely that any will actually be granted for a number of reasons. The main reason being that a trademark can only be granted on a living person if that person either applies for the trademark themselves or provides the third party consent to use his or her name. The term ‘Obamacare’ would qualify under this rule as partial names and/or nicknames also apply. One of the only requirements needed to be proven in a case like this is that the name being trademarked is identified with a particular living person. ‘Obamacare’ certainly falls under these qualifications and as one can surmise, it is highly improbable the President will be taking the time to peruse these applications like the one for an Indiana television talk show broadcast called “How Obamacare Works”.

For every Obamacare application that is likely to be denied, there is another application containing the term “Affordable Care Act (ACA)”. These ACA applications are often not as outrightly political as those using ‘Obamacare’. Generally the use of the ACA term is linked to a more serious product looking to inform the public such as the ‘Affordable Car Act University,” an online resource providing information on the ACA to employees of a Wisconsin non-profit. The stark differences in the submitted applications may be due to the fact, as was recently exposed on Jimmy Kimmel Live, that many Americans do not realize that Obamacare and the ACA are in fact the same thing.

No matter your political affiliation or personal feelings about the ACA/Obamacare, it is unlikely the fight over its implementation will end anytime soon. And although many if not all the Obamacare trademark applications will be denied, the producers of these goods can still use the name, just without protection. So you might still come across some of these products on the market if you are interested in picking some up!