As many of you may know, the United States Patent System recently went through a little transformation on March 15, 2013.  The biggest and most public of these transformations was the transition from a first to invent system to a first to file system (more on that later).  One thing that may have slipped in under the radar is a new classification of inventor.  That of the micro-entity.

The major part of the micro entity, in my humble opinion, is that of the filing fees.  Prior to March 15, there were only large entities and small entities that were recognized by the patent office.  Essentially, fees were set for the large entities, and fees for a small entity, in almost every instance, was half that of the fees for the large entities.  Not a bad deal if you asked me, but let’s not begin to imagine that filing fees, allowance fees, publication fees, extension of time fees, and countless other fees at the patent office are cheap.  There is pretty much a fee for everything that you might want to do at the patent office.  In fact, we actually joke around that there is a fee for paying a fee fee! 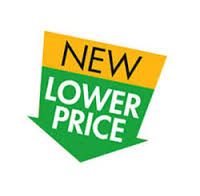 To be recognized as a small entity by the United States Patent Office, the Applicant has to be an entity with under 500 employees and cannot have assigned (conveyed or licensed) the rights to the application to an entity that would otherwise be considered a large entity.  Small entity fees also apply to non-profit organizations and individual inventors.  The definition of a small entity is found in 13 CFR 121.802.

Micro entity status is even more advantageous as it reduces the patent fees by 75%.  The definition of a micro-entity is found in 35 USC 123.  To summarize, a micro-entity must meet the following criteria:

Micro entity status is really a good thing for individual inventors that are getting their intellectual property protection in place.  The patent application process is not an inexpensive one, so anything that the Government can do to help the little guy out goes a long way.  If you need help finding out if you qualify as a small entity or a micro entity, please contact me. You can also follow me on Twitter, LinkedIn and Facebook for even more information.