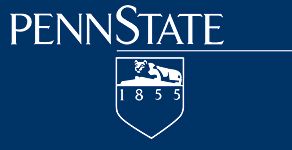 The scope and horror of all the stories that were uncovered during the take down of Jerry Sandusky, the now maligned former assistant football coach at Pennsylvania State University, have parents across the country on high alert. While Sandusky sits in prison serving his 60 year sentence for his criminal conviction of involuntary deviate sexual intercourse (8 counts), indecent assault (7 counts), unlawful contact with minors (9 counts), criminal intent to commit indecent assault (1 count), corruption of minors (10 counts), and endangering the welfare of a child (10 counts), the civil court battles continue to rage on.

Unsurprisingly, Sandusky’s victims have filed civil suits against both Sandusky and Penn State that are still making their way through the state’s judicial system. Penn State scored a win this past week after a U.S. District Judge out of Philadelphia dismissed one count against the university for “vicarious liability” otherwise known as secondary liability which would place the responsibility of Sandusky’s acts on the university. The lawsuit was brought against Penn State by Victim 6 and Judge Anita Brody who oversaw the proceedings concluded that the victim “fails to explain how molestation was the kind of act that Penn State employed Sandusky to perform… Sandusky’s molestation constitutes an outrageous act committed for his own deviant personal reasons, for which Penn State cannot be vicariously liable.”

Victim 6 has been one of the more highly publicized Sandusky victim as his mother first reported Sandusky to the Penn State campus police in 1998 after noticing her son’s wet hair and he admitted to “bits and pieces” of what had occurred. The then 11 year old boy had been persuaded by Sandusky to shower with him. The University Park Police department followed up on the report with an investigation and both the university and football head coach Paterno were informed. Through the investigation Sandusky admitted to the allegations and promised to never shower with a boy again and no charges are filed.

While this decision marks a small victory for Penn State, it is certainly not the end of their proceedings with Victim 6 who has five other lawsuits pending against the university including “negligence, negligent supervision, intentional infliction of emotional distress, and civil conspiracy”. Penn State has also admitted that the university would be doling out over $59 million to Sandusky’s victims, although it is unclear whether Victim 6 is a beneficiary as the lawyers have remained mum.