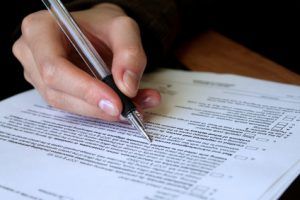 Ex-spouses who depend upon alimony to live off of may be in jeopardy of losing this extra income.  This past Thursday the Florida Senate voted and approved bill SB 718 with a 29-11 vote count, to ban permanent alimony.  Senator Kelli Stargel, R-Lakeland voted in favor of passing the bill.

He explains, “Back in the days of ‘Father Knows Best’ was this understanding that one spouse stayed home and one spouse worked.  It’s just a different world. We need to kind of treat alimony with that same changing with the times”.

He is right.  Times have definitely changed since the 1970’s.  According to the U.S. Census Bureau, since 1998 the majority of American households with children showed two working parents than those with only one, whereas in 1976, only 33% of households had two working parents.  Permanent alimony was initially designed to protect the non-working spouse from financial poverty should the marriage end.  However, judges in the past have awarded permanent alimony based upon the standard of living the couple was accustomed to during the marriage.  Advocates of this bill are hoping to diminish the “standard of living” element from the permanent alimony proceedings.

How will this affect divorce law proceedings in the future?

Well for starters, the bill only bans permanent alimony and does not affect other types of alimony such as durational, rehabilitative, or bridge-the-gap.  The bill also takes into account whether both parents share equal custody of the child.  Alimony will not necessarily be granted to lower income earner for child support if found that both parents have equal time sharing, unless it is shown to be in the best interest of the child.

How will it affect the divorce agreements already settled?

Here comes the controversy.  Divorce agreements settled prior to July 2013 that were short or mid term marriages can be changed.  If the spouse has received alimony for longer than 50 percent of the duration of the marriage, the alimony agreement can be altered.  Long term marriages are less likely to be changed.  The only way for these existing alimony agreements to be reopened is if there was misrepresentation at the original settlement.

For those relying on permanent alimony to sustain their standard of living may need to start saving or think about downsizing.  However, for those who are unfairly saddled with the financial burden of supporting an ex-spouse this ruling may be their light at the end of the tunnel.  Advocators of the bill are hoping that the bill will allow for divorced couples to move on with their lives and eventually dissolve all ties including financial.