To prevail on a Lanham Act trademark claim in the Ninth Circuit, a plaintiff must prove: (1) that it has a protectable ownership interest in the mark; and (2) that the defendant’s use of the mark is likely to cause consumer confusion.

The likelihood of confusion issue can be recast as the determination of whether the similarity of the marks is likely to confuse consumers about the source of the products. The Ninth Circuit has developed eight factors, the so-called Sleekcraft factors, to guide the determination of likelihood of confusion. See AMF Inc. v. Sleekcraft Boats, 599 F.2d 341, 348 (9th Cir. 1979). Below is a list of the eight factors and a brief description of each one. 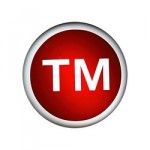 (2) the similarity of the marks;

(4) the proximity of the goods;

(5) defendant’s intent in selecting its mark;

(7) the likelihood of expansion of the product lines; and

(8) the type of goods and the degree of care likely to be exercised by the purchaser.

Strength of the Mark:  A mark’s strength can be measured in terms of its location along a continuum stretching from arbitrary, inherently strong marks, to generic, inherently weak marks.

The stronger a mark, the more likely it is that consumers will think that a product or service comes from a particular source. Therefore, a strong mark will be afforded the widest range of protection from infringing uses.

Similarity of the Marks: According to the Ninth Circuit, the similarity of the marks is assessed in terms of their sight, sound, and meaning in their entirety, not piece by piece.

Marketing Channels Used: Convergent marketing channels increase the likelihood of confusion, so the court must examine the manner in which the goods or services are sold and advertised.

Proximity of the Goods: The public is more likely to be confused by similar marks when the two businesses sell related goods. The proximity or “relatedness” of goods are those products which would be reasonably thought by the buying public to come from the same source if sold under the same mark.

Defendant’s Intent in Selecting its Mark: When the alleged infringer has knowingly adopted a mark similar to another’s mark, the court will presume that his purpose is to deceive the public.

Likelihood of Expansion of the Product Lines:  A trademark owner is afforded greater protection against competing goods. A strong possibility that either party will expand his business to compete with the other will weigh in favor of finding that the present use is infringing.

Additionally, the courts consider evidence of either party’s intent to expand into the other’s line of business, and when goods are closely related, any expansion is likely to result in direct competition.

Type of Goods and the Degree of Care Likely to be Exercised by the Purchaser: In determining the likelihood of confusion, the court must consider whether a typical buyer using ordinary caution would be confused.