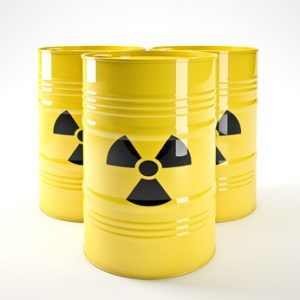 Remember when the movie “Erin Brockovich” was released? The country was shocked, and couldn’t believe that issues of negligence and improper reporting of harmful pollutants, like those addressed in the movie, existed in a world where technology is superior. People just always assumed that if they paid their bills, the utility companies were doing their due diligence to ensure the safety of its community residents. Well, as the movie demonstrated, that was not, and is not always the case. Unfortunately, there are many cases of regulatory agencies hiding and skewing test results to avoid thousands of dollars in fines and damages.

Recently, a class action lawsuit was filed in federal court on behalf of John James, a resident of a small subdivision in Bridgeton, MO. The lawsuit was against Republic Services, owners of a radioactive West Lake Landfill. James, the spokesperson for the lawsuit, stated that tests showed concerning levels of radiation in soil samples from various sites near the landfill and that nearby homes and businesses were being affected.

Unlike the “Erin Brockovich” days, regulatory agencies today are much in the business of addressing public concerns and regulating businesses that could be inadvertently causing harm to the environment, in turn creating sickness and even death to innocent, local residents. In the James case, the U.S. Environmental Protection Agency said that the nuclear waste dumped at West Lake in the 1970s is contained to the landfill and the proper restoration procedures were completed and documented ensuring public safety. Recent testing in surrounding communities did not turn up any radioactive materials that would require additional cleanup, and the case was dismissed.

Although we hear many cases of water companies, landfills, military installations and electric and power companies participating in activities that appear to be “less than adequate,” strengthened laws and regulations have become the whipping board against these organizations should they not uphold the law. If a business is found guilty of violating any regulation, not to mention several regulations, the fines are stiff and for some businesses it can be enough to close their doors forever.

The government has always been under the radar, but over recent years the radar has covered a much larger area and the heat has become much more intense. Of course these companies still need to be monitored, because some business owners will continue to push the envelope and hope they don’t get caught. Let’s face it, it costs a lot to run a plant, a factory, and a small business doesn’t always have the operating dollars to pay for the tools needed to run it efficiently. So they cut corners, but in the end, the regulatory agencies will catch them, and the punishment will be extreme.