Repel Mosquitos with Your Clothing with This Patent Approved Design 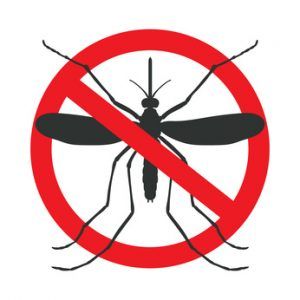 Being accepted for a patent in both Canada and the United States allows this company to gain more exposure throughout the world on their virtual intelligent fabric. It is the first step to being able to market and sell throughout the numerous sectors. When it comes to commercializing this type of product, it is going to be the best way to send them out into the world, and allow people to use their benefits. Since they are more of a medicated approach to keeping mosquitos off of people, they have to be regulated and approved through various other sectors and not just patented.

What the Clothing Does

ENGUARD is a clothing line that has been developed to repel insects away from the person that is wearing them. They’ve been clinically tested and even proven to provide the results of repelling bugs away from a person effectively. The clothing is made from a specific material that is used to remove the insects from the area, and not let them land on you while you’re outside.

The clothing naturally replenishes itself with the medication needed to keep the insects away. Even with long term use and exposure, it does not seem to have a negative or reduced effect on the person wearing the clothing or the bugs that are being repelled around them. This is especially good news, since the wearer will not have to reapply new chemicals to the clothing with time. All of this information and research has been conducted by a laboratory that has put the clothing through rigorous testing prior to asking for the patents.

One of the best things about this clothing is that it is actually 100% insecticide free, which makes it safe to wear and use wherever you are. They are also extremely comfortable, so the person is able to wear them out and about. This provides the user with a way to protect themselves from the world’s largest killer of people, the mosquito that transfers numerous diseases each and every year.

They’re still in the final stages of review, to know whether or not this is a product that is going to perform as it should. Additional products, such as sprays and other repellents are also being considered when it comes to being a part of the line of insect repellents. The company continues to improve their line, and are hoping to put it out for the general public within the next few years to come.