Rise in Hit and Run Accidents in Florida 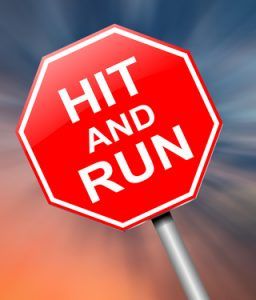 A couple, Joyce and Jim, who is enjoying the lifestyle of their very own paradise in Florida, walks eight miles a day.  And why not?  The weather is warm and the sun is shining almost every day.  It is the perfect place to enjoy retirement.  It was the perfect place to enjoy retirement until the morning of October 31.  On that fateful morning, while out for their daily stroll, Joyce was hit by a truck and left to die on the roadside.  Jim still has the vision of her flying through the air after being struck.  The truck continued on its way.

This scenario is playing out more and more in Florida as well as the rest of the country.  Last year alone, Florida had 80,000 hit and run incidents.  In the time period between 2013 and 2014 the incidents of fatal hit and run incidents rose 23%.  Those who cause these accidents are fleeing from the scene.  It’s difficult to imagine someone wouldn’t know if they struck someone with a car.  The reasons for fleeing the scene of an accident are many.  Is someone driving without a registered car or don’t they have a license?  Maybe they are already wanted by the police on other charges.  Of course, there is the fear of arrest and jail time for this type of accident.  If driving was impaired due to alcohol or drugs, there are additional charges and repercussions.

Stiffer penalties have been signed into law by Governor Rick Scott mandating a minimum sentence of 4 years if found guilty of leaving the scene of an accident.  A driver’s license could also be revoked for a period of three years.   Anyone found driving under the influence has a jail sentence that is raised automatically from two to four years.  These tougher penalties will only be effective if the driver of the vehicle is found.  In the accident that claimed Joyce’s life, the truck was located but proving who was driving is turning out to be very difficult.

It’s extremely difficult for the family of a hit and run victim.  Many questions are left unanswered.  Law enforcement encourages anyone who is involved in or witnesses a hit and run accident to call 9-1-1 immediately.  We all carry cell phones these days and using it to capture as much of the incident with video or photo will be very helpful to police as well.