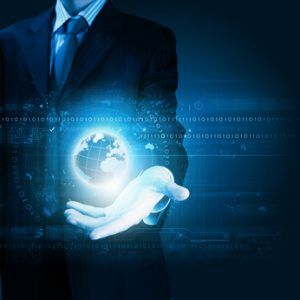 Search engine optimization is a crucial aspect of a company’s online business success. It is what makes them visible to their potential customers.

Before we move forward into the case at hand, let’s further understand the definition of a trademark and what it protects. A trademark is a word, symbol, or phrase, used to identify a particular manufacturer or seller’s products and distinguish them from the products of another. For example, the trademark “Nike,” along with the Nike “swoosh,” identifies the shoes made by Nike and distinguishes them from shoes made by other companies like Reebok or Adidas. Similarly, the trademark “Coca-Cola” distinguishes the brown-colored soda water of one particular manufacturer from the brown-colored soda of another like Pepsi. When such marks are used to identify services such as Jiffy Lube rather than products, they are called service marks, although they are generally treated just the same as trademarks.

Recently, Company X decided to purchase keywords from Google that were associated with very popular Company Z. Company X wanted to use these keywords in the backend, not visible to the end user at all. In this case, when an individual would search for Company Z, ads would appear featuring Company X, as Company X was taking advantage of the success of Company Z. Was this fair? Probably not. Was it legal? The courts seemed to feel that there was no infringement on copyright rights as the use of keywords was only visible on the backend, not to the public.

However, the story gets more convoluted. Not only was Company X using purchased keywords from Google, they were also using the logo of Company Z on their own website’s homepage and in the ad itself, clearly a direct violation of copyright law. Company Z alleges that its mark was, without authorization, explicitly and publicly used by the Company X to advertise their own competing services.

Although copyright laws are very specific, many companies have learned how to circumvent the system for their own gain. They’ve learned how to take the efforts of one and capitalize off of the blood, sweat and tears of another. Just as computer hackers get smarter and smarter as the years go on, the same is true for companies straddling the fence in relation to copyright law when it has to do with marketing, communications, promotions, advertisements and search engine optimization. As time goes on, the courts will become more versed in these issues and learn to stay a step ahead of these offenders vs. the other way around.