Show Me the Royalties! 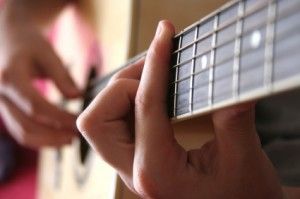 For songwriters, one of the greatest perks of copyrighting their work is the continuous flow of royalty checks. If Merv Griffin were still alive today he could attest to that.  Merv Griffin wrote the recognizable music called “Think” which aired five days a week on the game show Jeopardy during the final jeopardy question.  The show has been on the air for a total of 39 years and counting.  Seven years ago in 2005, Griffin had estimated he earned over $70 million in royalties from just that one piece of music.  Can we say show me the royalties?

Composers have the option of licensing their songs for exclusive use or non-exclusive use.  Exclusive use means that the individual or organization has sole use privileges to the song.  The composer cannot license to any other party.  Nor can the composer collect royalties from other parties.  The advantage of entering into an exclusive agreement is more money.  Higher royalties are typically paid to have exclusive rights to a song.  The downfall is that the song composer is restricted from earning royalties from multiple parties.  For this reason, most composers choose to enter non-exclusive licensing agreements.  Even though the royalty amounts are less than exclusive use agreements, there is the opportunity to license the use of the song to more than one party.  The multiple licensing agreements could end up generating more money than an exclusive use agreement.

Songwriters’ attorneys can review licensing agreements and negotiate terms for royalties.  Attorneys are wise to have as they are paid to look out for the best interests of their clients.