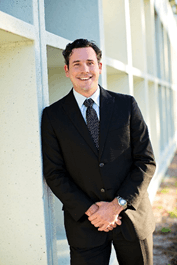 Contractors and subcontractors should be excited, okay, happy at least, that Florida’s Statute of Repose has been recently amended.

WHAT IS THE CHANGE?

In Cypress Fairway Condo. v. Bergeron Const. Co. Inc., the last installment of the final payment was not made until 3 days after the Final Application for Payment was made. As a result, the court found the statute of repose period did not begin until the payment was made, which then terminated the contract.

WHY IS THIS IMPORTANT?

The complaint was filed in between these two dates 10 years later. In Cypress Fairway, the Court found that the contract did not end until final payment was actually made. As such, the lawsuit could be initiated within 10 years from the date of payment, thus giving the plaintiff 3 extra days. This meant the general contract was potentially on the hook for $15 million in repair damages as opposed to $0.

While the period in the Cypress case may have been short, it is not unusual for an owner to withhold final payment for weeks or months after work has been completed resulting in an extension of the time to file suit for latent defects. Practically speaking, this means that an owner could withhold the final payment to possibly add days, weeks, or months to the statute of repose period. The legislature fixed this problem by defining “completion of the contract” so that this type of situation would not occur. The statute now specifies that the completion date is the later of the final performance of all contracted services or when final payment becomes due (without regard to when the final payment is made).

HOW DOES THIS AFFECT YOU?

Contracts still need to be carefully written to make sure all services are clearly defined and that the due date of the final payment is clear, but that is something that can be easily included in the contract language. In addition, contractors and subcontractors need to ensure they provide the owner a Contractor’s Final Payment Affidavit along with their final pay request as, under Florida law, final payment is not due until the affidavit is provided.

House Bill 377 has been signed by the Governor and became law on July 1, 2017. Although, this statute does not come into play too often, it does come into play on occasion and can make a big impact.

Mason’s article can also be read in the Brevard County HBCA’s HBCANews.