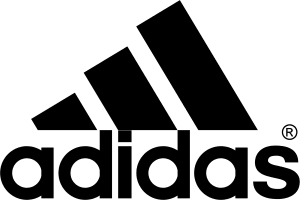 It’s likely at some point you’ve read something in a magazine or online that had a ™ by the name of a product. That is the symbol for trademark. A trademark is used to identify things that are produced or offered by a certain company, like the Adidas three strip trademark. Yes, stripes can be trademarked. Keep reading.

The purpose of a trademark, other than protecting the company’s assets, is to allow consumers to know that these products are quality items with a distinct brand name or look that they’ve probably grown to know and love.

Recently Adidas attempted to sue Marc Jacobs over the theft of a sweater design. Three-striped? Nay. This one had four. Three or four stripes, Adidas believed that the other company was being deceiving to customers who would see the similarity to Adidas’ products and buy it under the assumption that it was Adidas and not Marc by Marc Jacobs.

While there was standing proof of who designed the product and that it was definitely owned by the Marc Jacobs company, this isn’t the first time that Adidas has gone after another company for trademark infringement, and it probably won’t be the last. Not too long ago accused Isabel Marant, a new shoe company hitting the high market, of the same thing.

While this particular case may just be Adidas crying wolf every time they get a little bit of competition, trademark infringement is theft, if you’re actually found guilty of using someone’s trademarked “style.”

This is just an example of how the trademark works. It essentially gives the owner the exclusive right to use it to identify the items they offer, thus making it so that no one else can use three stripes on their apparel, for example.

While it may seem somewhat strange to get stripes trademarked, you can actually trademark almost anything, from a combination of words to random letters and numerals. Drawings and symbols can even be included (like the three-striped pattern Adidas loves so much). You may be surprised to know that even fragrances and certain distinguishing colors can be patented.

It may be difficult to avoid ever accidentally stepping on someone’s trademarked toes, especially when such random things fall into the category of being able to be registered as such, but it is wise to know that it happens and that you just might get sued if you use three stripes on anything.