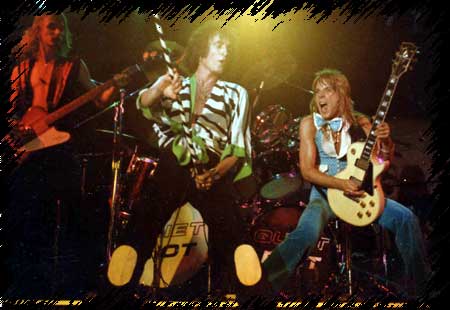 Be it the hair, the clothes, and especially the music, almost everyone loves the 80’s! Whether you remember where you were when you first saw a music video on MTV (remember when they played videos?) or only know the 80’s through the John Hughes movies replayed every weekend on at least one cable channel, it was truly a special time. Relive some the magic of this decade at the Wickham Park Pavilion when it plays host to the “80’s In The Park” for two days on September 28th and 29th.

While the party officially begins Saturday the 28th, there is actually an 80’s film festival to kick off the weekend on Friday, September 27th. The showtimes for the movies have not been released yet but the event runs from 5pm to 1am at the Cinema World Theater. Some of the movies being played include “Adjust Your Tracking,” a documentary on VHS along with “Rock ‘N Roll Nightmare” and “The Colombian Connection”. It was also just announced that “Deadliest Prey” has been added to the line-up.

Saturday’s events at the Wickham Park Pavilion include live performances by Slaughter, Quiet Riot, Georgia Satellites, Tommy Tutone, and Thor the Rock Warrior along with tribute bands to Dio and Motley Crue. In addition to music, there will be a free arcade for a Super Mario high score contest, 80’s movie and TV cars and celebrities, and 80’s comic illustrators and authors. The celebrities will also be signing autographs and posing for photos. An 80’s themed ‘prom’ caps off the day beginning at 9:30pm.

Warrant, L.A. Guns, Molly Hatchet, and Martha Davis & The Motels kick off the day on Sunday at Wickham Pavilion along with AC/DC, Billy Joel, and Blue Brothers tribute bands. Like Saturday, there will be an arcade, special guests, and movie/TV/comic exhibits. Both days will also feature over 60 vendors selling items such as t-shirts, hats, and 80’s memorabilia.

Tickets for the weekend run from $15 (entry to the film festival) to $150 (a buy one get one free entry to the keg kabana with unlimited beer/wine on both Saturday and Sunday). The more general one or two day admission passes cost between $29 and $50; the “80’s In The Park” website has all the details on what each pass includes. So break out your old high top sneakers, acid wash jeans, and big hair and join in the fun reliving one of the best decades on record!