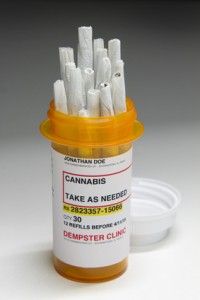 Do you know what Patent No. 6,630,507 is? It’s the patent that the government gave itself for the use of medical marijuana. Yes. You read this right. The government who voiced so strongly that marijuana has no positive medical affect constituting the legalization of the drug. So if that is indeed the case, why are they wanting to own the patent on it themselves?

Let’s look a bit more deeply into this. A patent is a government-granted temporary monopoly on the commercial use of the product. Oh yes, a monopoly. The government wants to control it. They don’t want to legalize it, and they definitely don’t want anyone else to legalize it either. They want to make all of the decisions regarding how it is used and by whom and when and if it will ever be completely legalized. Furthermore, they don’t want to lose potential revenue. You know, it’s always about the mighty dollar.

The patent states, “Cannabinoids have been found to have antioxidant properties unrelated to NDMA receptor antagonism. This newfound property makes cannabinoids useful in treatment and prophylaxis of a wide variety of oxidation-associated diseases, such as ischemic, age related, inflammatory and autoimmune diseases. The cannabinoids are found to have particular application as neuroprotectants.” But wait! The government classifies marijuana as schedule 1; no medicinal value and highly addictive. Yet they own the patent for using cannabinoids as an antioxidant and neuro-protectant. So which is it boys? You just want it so no one else can use it and make a profit!

The odd aspect about the legalization of marijuana is that the government goes out of its way to put restrictions and bring awareness to use of alcohol and nicotine and clearly points out the adverse affects they have on the body, not to mention the harm that they can cause to innocent bystanders. To the contrary, there is no medical evidence as to the negative long-term affects of marijuana on the body. So why not legalize it? Once this drug becomes legalized, the money that the United States sends overseas to battle illegal drug smuggling would cease, and the drug would not be so enticing to teenagers who sell it for a quick buck.

The sad aspect in all of this is that the National Patent and Trademark Office was created by the government to protect individuals and companies striving to bring about change and foster growth in various business platforms. However, the government, for their own selfish reasons, has taken its own system and utilized it to monopolize on a product that could benefit thousands and perhaps millions of people. My question is “Who is overseeing the overseers?”