The Historic Civil Law Suit Against George W. Bush is Set in California 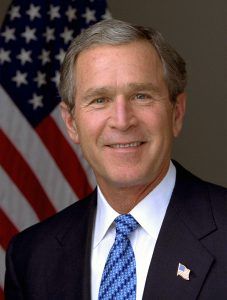 Saleh v. Bush has been ongoing, with many papers that have been handed back and forth on the case, from both parties. Currently, the latest to go into the judge’s hands in the Ninth Circuit Court was the Chilcot Report. This is hopefully going to cut back on any problems that Bush may be facing, providing the lawsuit with a lesser appeal, and perhaps even getting him off the hook for many different charges that he is facing in this civil lawsuit.

What is the Lawsuit For?

The lawsuit was set forth stating that Bush, as well as some of the other senators and representatives of the house were unlawfully calling war and executing the Iraqi war in previous years. However, with recent documentation, it is going to show that the Defendants should have immunity to this ruling and issue due to the fact that they were acting within the lawful scope of their specific employment positions when they planned and then executed the Iraq War.

They were within the legal boundaries to do so, and provided the necessary documents, reasoning’s and essential to do so within the office during the time. Even though this happened years ago, this is currently still being looked at by numerous heads of counsel and judges to make the best ruling possible for everyone involved, even if it seems like a long shot.

Ms. Saleh is arguing against the appeal that the Defendants should not be immunized against this particular civil lawsuit, due to the fact that perhaps they were not acting lawfully when they called the war into effect for the necessary countries involved within it. She is showing statements and documents on why the defendants should still be held accountable, such as conversations they’ve had and how they’ve been acting on their own personal whims to call this war, for their own personal reasons.

The Chilcot Report was brought to the office due to the fact that it is a report that has not only statements leading up to the war, and throughout it, but it also provides the necessary documentation from both Iraq and the US that shows where the issues lie and what the specific problems were that could not be handled in other means, besides the war that the US got into under the Bush ruling. This report should provide the judges with enough information to make a decision.