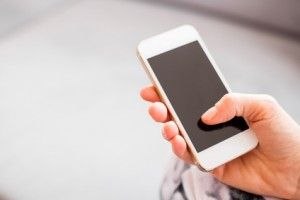 Companies and individuals who invent a product or brand are understandably protective of their invention. To see how far a company will go to protect its brand name is evident in a trademark lawsuit from June of 2014.  It involves an innovative 12 year old and a dirty cell phone screen.

While most 12 year old girls would normally be spending their time trying out new ways to wear their hair, watching their favorite pop star on TV or talking on their cell phones, one very innovative 12 year old was coming up with an idea to solve a problem we all have; dirty cell phone screens.

Sophia Forino was tired of trying to find the perfect cloth to clean her screen without damaging it.  And after finding that perfect cloth, how to keep it handy when you needed it again.  She came up with the idea of using a microfiber cloth that you would stick to your phone with double sided tape for the next use.  The product was researched and developed over a period of several months at which time she had a final product called Hypewipes.

The Forino family consulted an attorney and found they did have a defense to go to court with.  Despite this the family decided to settle with Current Technologies.  They are now marketing the cell phone cleaning cloth as PicPop Stickers.  This will allow Sophia to continue her business without the cloud of legal problems hanging over her and her family.

As silly as it may sound to take a 12 year old girl to court over a trademark infringement, it only goes to show you how seriously companies take their product names. At least an agreeable settlement was reached and Sophia’s entrepreneurial soul is continuing on.