The Latest in Baseball… and steroids …. and A-Rod 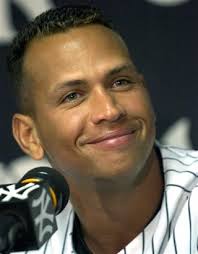 Everyone’s been watching as Alex Rodriguez received an unprecedented suspension from baseball due to alleged steroid use.  After receiving an astounding 200 games in his initial suspension, he was able to get a reduction in his sentence to only 162 games through arbitration.  Only recently did A-Rod file suit against the Player’s Union seeking to overturn the arbitrator’s decision alleging tortious interference.  On February 7, 2013, without fanfare or a public explanation, A-Rod’s lawyers dropped the lawsuit.

In all reality, the lawsuit had almost zero chance of success.  Federal courts are usually very reluctant to overturn rulings that have arisen from arbitration unless somehow A-Rod and his team could prove that the process was unfairly biased against him.

If the court were to find in his favor, A-Rod asked that the arbitration results be vacated.  The MLB already took steps in the court to force A-Rod to prove that he has a legal basis to overturn the arbitration ruling, so before the courts could even determine if A-Rod’s allegations had any merit, they would first have to decide if they should even hear the suit.

The end result is that by filing the lawsuit, the arbitration ruling documents were made public.  The media published information from the arbitration findings and the world got to see A-Rod’s nasty little secrets about how he doped, when he doped, where he doped and who helped him get away with it.

One thing is for sure.  We haven’t heard the last of A-Rod.  He may sit quietly out during the 2014 baseball season, but we may not have seen the end of the civil lawsuits arising from the whole sordid affair.