The Rules of Evidence: Hearsay and Its Exceptions 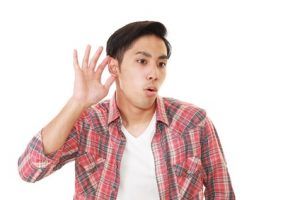 If you are considering filing a lawsuit against someone you have probably already started to plan your strategy: how you will convince the judge (or jury, depending on whether it is a bench trial or not) that you have been wronged and should be compensated for the injury that you have suffered.  During the course of your considerations, you may be thinking of relating to the court a statement that was made to you in support of your case.

If this is the case, be aware that a good defense attorney will object to you doing so and can keep the judge (or jury) from considering the evidence that you are planning on bringing.  That is because your statement is hearsay, and is excluded from admission into evidence.

The mantra that every law student is taught this: hearsay is an out of court statement offered to prove the truth of the matter asserted.  For example, if A says to B, “I would like to steal C’s shoes,” and then C’s shoes end up missing, C cannot testify in court, “B told me that A said he wanted to steam my shoes.”

The idea behind hearsay is that you cannot introduce testimony from a witness who is not on the stand and subject to cross examination.  In the above scenario, C would need to call A to the stand and ask, “Isn’t it true that you told B you would like to steal my shoes?”

If A denies saying this, then C could call B to the stand and ask about the conversation, but only for purposes of impeaching A’s testimony.

Exceptions to the hearsay rule

This is what is known as an exception to the hearsay rule.  An exception means that something which would normally be considered hearsay is admissible, but it’s admissible for a purpose other than to prove the truth of the matter asserted.

There are essentially 18 major exceptions to the hearsay rule.  For purposes of this post, just be aware that there are still ways to get something admitted even if it is hearsay.